Exploration Passage On Oro Arizona Mine 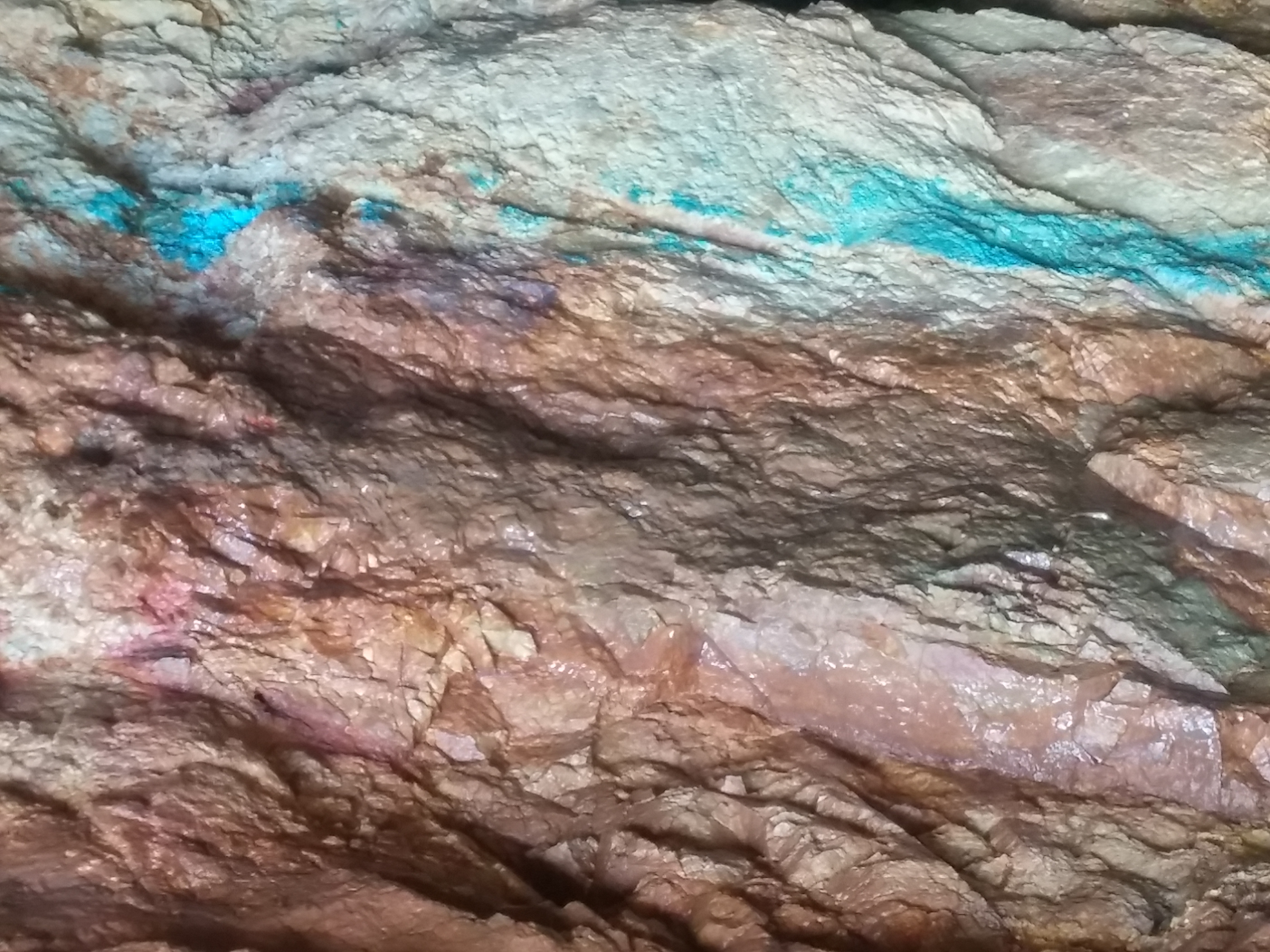 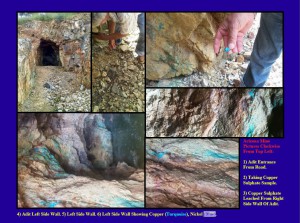 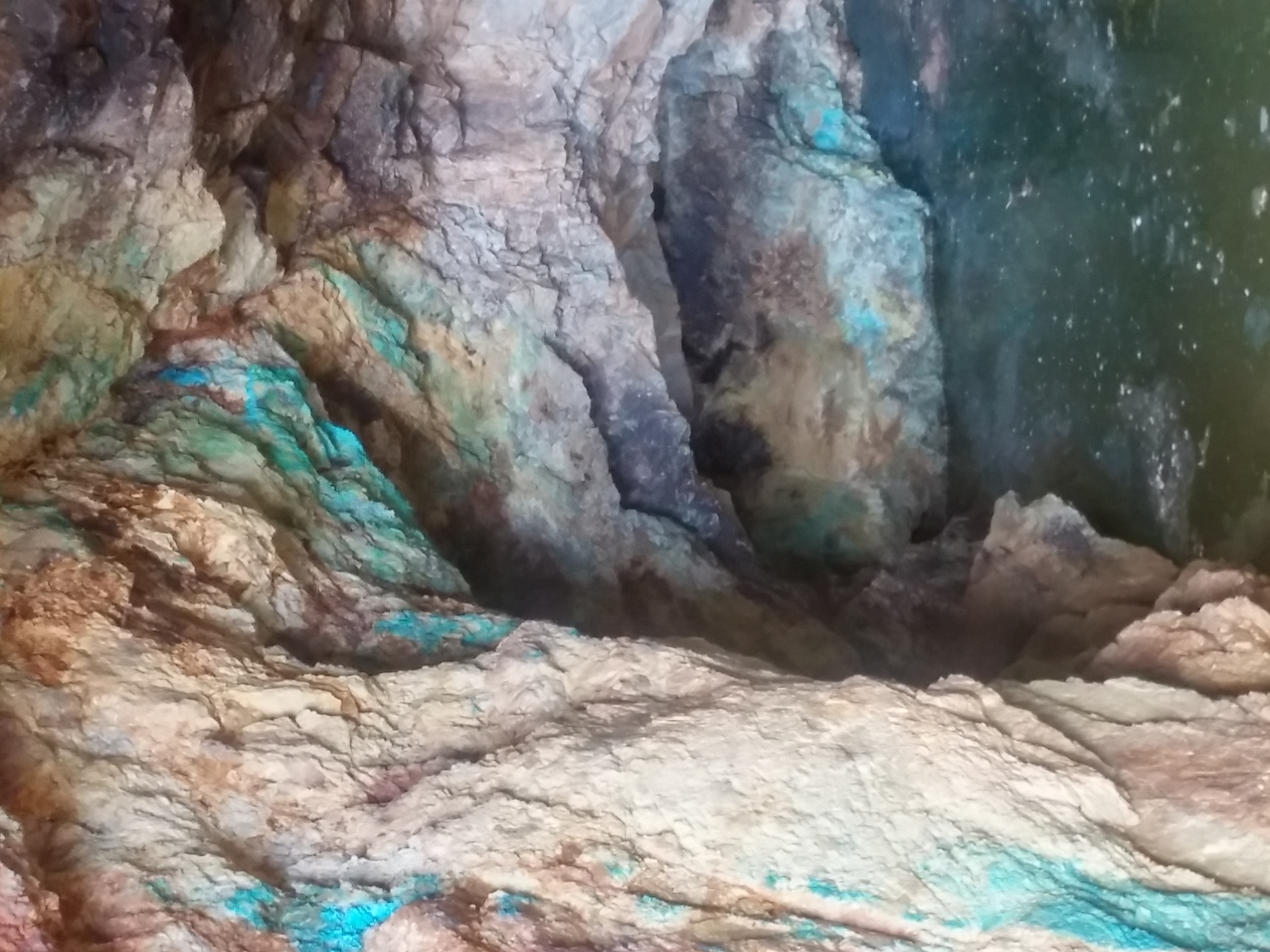 Please see the contiguous claim block map that shows the original claim block we purchased from the original mine owners showing the Oro 1 through Oro 19 claims that we own 98% of the mineral rights to (Shown In Yellow) and the surrounding 60 additional claims we now have 100% of the mineral rights to Oro 20 through Oro 21. Oro 23 through Oro 38 and  Oro 40 through Oro 81 located on Meridian 14, Township 23 South, Range 10 and 11 East in the Gila and Salt River Base and Meridian, Santa Cruz County, Arizona. This makes our total open pit mineable acreage 1,632.14 contiguous acres.

The original block of claims has had 14 independent companies perform drill test programs on the property between 1976 and 2012 the deepest of which the core samples were to a maximum depth of 400 feet in addition to the U.S. Department of the Interior Bureau Of Mines Mineral Land Assessment test program that was performed on our property and the surrounding area  Our property has had over 350 core holes drilled in total that have been identified and reclaimed (Plugged With Bentonite) and the surrounding area has had 400 + additional holes drilled on it that have not been identified and have not been reclaimed. We have drill core verification and audit assay information on the last NI 43-101 compliant drill core verification program that was performed on the property as well as possession of the physical cores we have in a storage warehouse in Nogales, AZ. The final audit assay from these drill programs showed .37 ounces of Gold per ton and the USBM test program show as high as 7.17 ounces of silver per metric ton. We know we have a mine that has a large and rich gold/silver deposit and we are working as fast as we can on the steps necessary to extract these precious metals from this GoodMark Capital Group, Inc. owned asset.

Our recently acquired expanded claim block has had a sizable test exploration 2,500+/- feet ADIT (A nearly horizontal passage driven from the surface to the mine workings) cut into the area of claims Oro 74 and Oro 62 (Please see map). Our miners and metallurgist were surprised and extremely excited with what they found in this exploration passage.  As you can see in the enclosed photos, our miners took while on site, there is a large amount of natural coloration on the walled surface area of the Adit. The colors indicate a large amount of Copper Sulphate (Turquoise) that has leached out of the walls of the passage as well as red colorations that are indications of Iron and significant (Blue) colorations that indicate a large Nickel deposit per our metallurgist’s report as well as large amounts of Quartz that is the traditional carrier for Vein Gold deposits. These dramatic amounts of leaching that have occurred since the Adit was cut indicate a large amount of sulfur base from a hot spring type of formation of metals being driven to the surface. Our miners say this evidence of a large copper deposit is a strong indication of a potentially much larger “Bonanza style deposit” of gold and silver since as the saying goes in mining per our senior miner “When you have copper you have gold and when you have gold you have silver since the metals travel together whenever they are driven to the surface geo thermally.

Our miners indicated that there is about 600 feet difference in elevation between the highest and the lowest elevation on the mine site and that all of the previous identified test programs were performed on the upper elevation areas and even at depths as far as 400 feet they were not drilled deep enough to encounter the evidence of this large deposit located in the lower elevation areas of the property. The test samples our miners took from the passage should indicate after assay the amounts of each metals present in the formation. We will include more findings in the future reports we will be sending in the next 60 days to all of our shareholders.